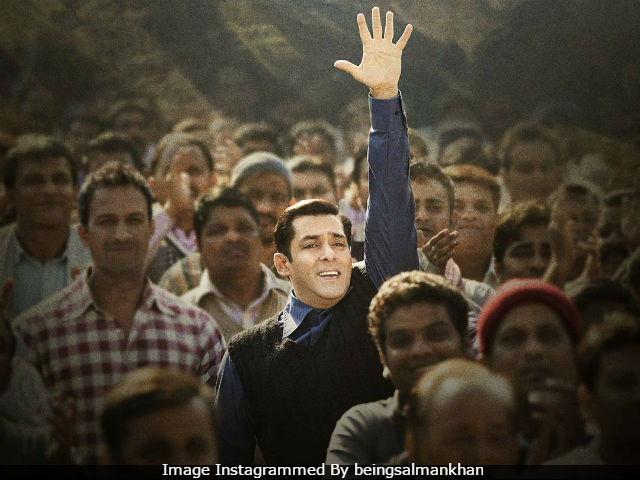 Salman Khan’s Tubelight releases today. The film is set against the backdrop of Indo-China war (1962) and stars Salman as Laxman while Sohail Khan plays Bharat. The film marks the return of Salman and Sohail (real life brothers) to the big screen after a gap of eight years. Interestingly, the actors play brothers on screen as well. The film is a story of Laxman, Bharat and their little friend. Yes, Salman is the main highlight of the film but, his adorable co-star Matin Rey Tangu, 8, steals the limelight in the trailer and pictures shared by the actor, team Tubelight so far. (Including the film’s event, where Matin was officially introduced).
Directed by Kabir Khan, Tubelight is Salman’s third collaboration with the filmmaker after Ek Tha Tiger and Bajrangi Bhaijaan.
Tubelight also features Chinese actress Zhu Zhu and is the last film late actor Om Puri acted in.
All Salman and Shah Rukh Khan fans, here’s a surprise awaiting for you. The Karan-Arjun of Bollywood have reunited for a film after over 15 years. Tubelight features Shah Rukh Khan in a cameo appearance. Of SRK’s role, Salman told earlier told news agency IANS, “When Kabir Khan narrated the subject to me, he said, ‘For this role we should get Shah Rukh’. So, when I called him and I told him that there is a small role in Tubelight which I would like you to do it, before completing my sentence, Shah Rukh said, ‘I will do it’.”

In US, Tubelight will hit across 1,200 screens, making it the biggest release for any Bollywood film abroad.