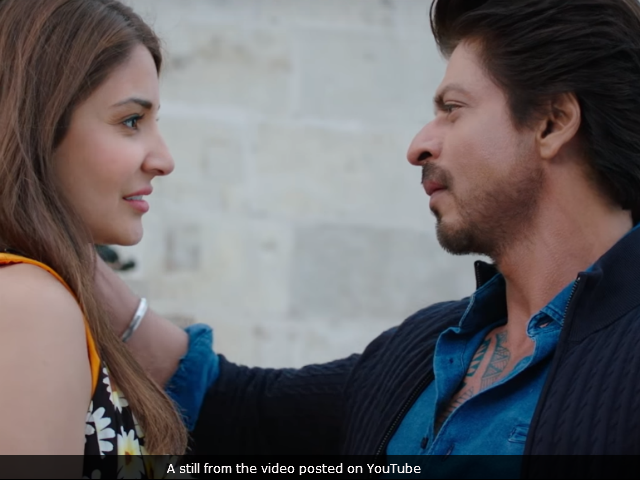 Shah Rukh Khan’s Jab Harry Met Sejal is now in theatres and King Khan has requested movie-goers to just ‘bring their hearts’ to watch the film. Jab Harry Met Sejal is Shah Rukh’s latest offering in the romantic genre with co-star Anushka Sharma (Rab Ne Bana Di Jodi and Jab Tak Hai Jaan). The film is directed by Imtiaz Ali, who has spun fabulous tales of love and self-discovery in films like Tamasha, Jab We Met and Rockstar. Celebs like Aamir Khan and Karan Johar are thrilled that Jab Harry Met Sejal has released and we are sure so are you.
Shah Rukh Khan plays tour guide Harry, who is on a quest to find Sejal’s (Anushka Sharma) lost engagement ring. Together they embark on a journey to find Sejal’s ring which only makes them realise what they mean to each other.
Jab Harry Met Sejal, which is produced by Shah Rukh’s wife Gauri Khan, started promotions by releasing mini trailers, then trailer and then songs like Beech Beech Me, Butterfly, Hawaayein and the latest Phurrr. The film’s music has been composed by Pritam and Phurrr, which released on Thursday, has been co-composed by DJ Diplo, who also features in the song.
Meanwhile, the Shanker Raman-directed Gurgaon, starring Akshay Oberoi and Ragini Khanna (Govinda’s niece), also hits the screens today. The neo-noir film is about the dark world of real estate which uses fancy cityscape as a facade. The film also stars Pankaj Tripathi, Shalini Vatsa and Aamir Bashir.